On Mother's Day 1966, Dr. Martin Luther King Jr. visited Kingstree, South Carolina and gave a remarkable public speech urging the audience of more than 5,000 to exercise their right to vote as a means to pursue social and economic justice. This historic speech is believed by historians to be one of only three public speeches that Dr. King gave in the Palmetto State.

In His Own Words

Let us march on ballot boxes, until somehow we will be able to develop that day when men will have food and material necessities for their bodies, freedom and dignity for their spirits, education and culture for their minds.

On August 6, 1965—just a few months prior to Dr. King's speech— President Lyndon Johnson signed into law the Voting Rights Act, allowing the majority of Kingstree's citizens the right to vote. President Johnson called the day, "a triumph for freedom as huge as any victory that has even been won." Dr. King’s visit to Kingstree would be an important stop on his crusade to help rid African American voters of the fear of voting.

Sitting in the audience during Dr. King's speech was a young man who would rise to Dr. King's calling and not only march on ballot boxes but lead our nation on Capitol Hill—Congressman James Clyburn.

"My wife Emily and I were in attendance on that spring day in Kingstree, 50 years ago, when Dr. King sounded his clarion call to 'march to the ballot box,'" recalls Congressman Clyburn. "From that moment, we were inspired toward a lifetime of service and engagement. As we look back on that momentous occasion and reflect on Dr. King's call, we must also look forward. The struggle for voting rights and voter engagement continues and each of us must do our part to take up Dr. King's work and make it our own."

While we have progressed over the past five decades, there is still much work to be done. Join us in Kingstree as we honor Dr. King with an unveiling of a historical marker, a speech re-enactment, a gospel celebration, voter registration opportunities and much more. This is a once-in-a-lifetime event that can be shared with your entire family.

A special acknowledgment to the 1966 Williamsburg County Voter’s League for inviting Dr. King to Kingstree and making this historic speech a reality.

On May 8, 2016—50 years to the day—the town of Kingstree and Williamsburg County will welcome visitors from across the state for a 50th anniversary celebration of Dr. King's historic "March on Ballot Boxes" speech — considered to be Dr. King's first major appearance in the Palmetto State. With the support of many volunteers, corporate sponsors and individual donors, the event is poised to be a momentous occasion honoring Dr. King's message and legacy at the level and distinction he deserves. This event is free and open to the public. Parking is available at Anderson Elementary School, Farmers Telephone Company, IGA, Mt. Zion United Methodist Church with limited transit provided. Please allow time to arrive. Program begins promptly at 3:30 p.m. Attendees of all ages are encouraged to attend. Please bring chairs.

NOTE: The timeline below is subject to change. 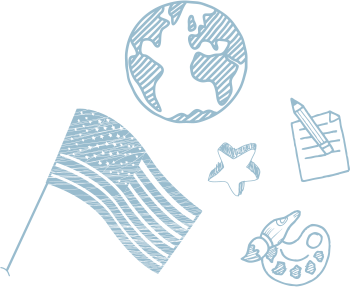 Dr. Martin Luther King’s Dream: 50 Years in Action
In Commemoration of Dr. King’s Visit to Kingstree, SC on May 8, 1966

Entries must be hand-delivered by the school principal or principal’s designee by April 22, 2016. No entry will be accepted after that date.

Create an art piece inspired by this Prompt: “A Dream you have to make the world a better place, and what will it take to make this change in today’s society”

Be a part of history. Let your constituents know that you support Dr. King's message.

Kingstree, SC — Congressman James Clyburn and Former State Representative and CNN Political Commentator Bakari Sellers will be the featured speakers at the upcoming 50th Anniversary Celebration of Martin Luther King Jr.’s “March on Ballot Boxes” speech. The event will be held on Sunday, May 8 at the Tomlinson High School athletic field in Kingstree, […]

There are several community events taking place prior to our celebration. We encourage you to check them out if you are local to Kingstree and Williamsburg County or if you are visiting. Civil Rights Exhibit Kick-Off May 7 200 Hampton Avenue Kingstree, SC 29556

Starting May 7, there will be an evolving exhibit at the C. Williams Rush Gallery/Museum of African-American Arts Culture in Kingstree, SC. The exhibition is a result of the collaboration between the gallery/museum and the Tomlinson High School Class of 1966 and opening in conjunction with the 50th Anniversary Celebration of Martin Luther King Jr.’s […]